Fields of Hope: A Maryland farmer supports farmers in other lands 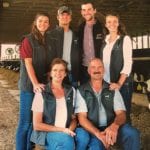 When Donnie and Donna Grossnickle and their children tend the fields of the farm that shares their name, they are continuing a heritage that goes back generations. The Grossnickle brothers started the farm when they arrived from Germany in the late 1700s. Over the centuries, the farm supported the family as they grew crops and livestock — grain, vegetables, hay, sheep, cattle, pigs and apples. The homestead has witnessed the course of U.S. history, from the Revolution and Civil War, and changes in technology from horses to John Deere tractors.

With all of that, though, the 55 acres in the rolling hills of the Catoctin Mountains would look familiar to those first homesteaders. No power lines or cell towers mar the landscape. The steep valley is cut by the swift-flowing, rocky Middle Creek. The fields that follow the contours of the hills are sheltered by a heavy hardwood forest. The house and barn date to the 1840s. The house is made ofsturdy grey creek stone; the barn is the familiar two-story design from the Amish tradition.

The farm remained in the Grossnickle family until 1995, when the relatives who owned the land sold it to a developer. When the developer’s plans changed, he sold it to Patty and Jeff Hurwitz. They are jewelers, not farmers, but wanted to see the farm continue in operation, so they lease the land to the Donnie and Donna, who plant and harvest it.

Like many modern-day farmers, Donnie and Donna must diversify in order to remain solvent. The couple owns and leases a total of 500 acres near Myersville, west of Frederick. Only 146 acres are theirs. The rest are parcels that they rent. They grow a variety of cash crops like wheat, hay, silage, alfalfa, shell corn and soybeans. 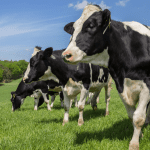 Their personal acreage is home to a herd of 160 dairy cows. Dairy farmers have had a particularly hard time surviving. In recent years, the costs of producing milk have grown higher than what they earn when they sell it. While other crops can be stored and sold when prices rise, milk is a very perishable product. And while crop farmers can choose not to plant something if there’s no profit, cows must be milked and fed every day. Many dairy farmers have been forced to sell off their herds and turn to planting other crops or leaving farming altogether.

Working with the Hurwitzes, the Grossnickles have developed a way to sustain their dairy farm while also supporting Growing Hope Globally. That’s a charity that develops self-sustaining farming projects in third-world countries. Church groups, businesses and individuals ‘sponsor’ a farm with a per acre donation which is higher than the actual costs of the springtime planting expenses. At the end of the summer, when the farmer sells the harvest, the money from the sale of the crops goes to the charity. Since the profits are higher than the sponsorship the charity recoups the initial donation plus the profits.

The crops that the Grossnickles grow are also the corn and hay they need to feed their dairy herd. At harvest, instead of selling the crop, they ‘purchase’ it themselves, by paying the charity what the crop would sell for at market, just like the arrangement with other farmers. The advantage is that this protects the couple against the unpredictable prices and availability of feed, which is one of the biggest problems facing farmers. 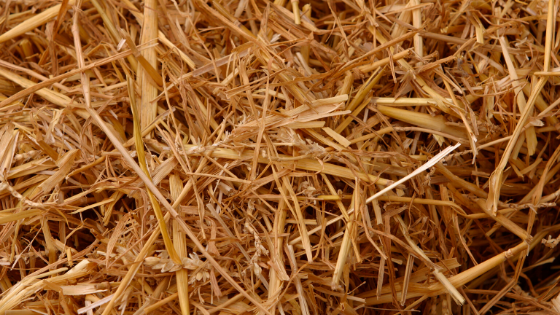