Farming is Closer than You Think 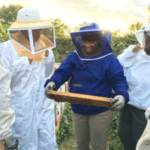 Black Butterfly Urban Farmer Academy launched last year to create an opportunity for locals to farm using organic, sustainable and regenerative practices. This may sound like a typical thing to do out in the country, but what about in Baltimore City?

“There are training programs available throughout the country to teach people how to farm, but we wanted one that was accessible to socially disadvantaged and underserved populations in Baltimore City, where there’s not a lot of opportunities for agricultural development,” says Myeasha Taylor, farm education and production manager of Black Butterfly Urban Farmer Academy.

What is urban farming?  Urban agriculture includes farms, landscape growers, home and community gardens, and even backyard hobby livestock, such as chickens. It’s different agricultural production enterprises within or around cities. In Maryland, it’s Baltimore City and its surrounding metropolitan area, including Prince Georges County, and other counties that have low rural populations, like Montgomery. Products range from non-food harvests such as flowers to food crops like lettuce, tomatoes, green peppers, cucumbers and more.

“One of the seminal aspects of our program is to help folks understand that food production is a part of life, that when you sit down to eat, somebody sacrificed their labor and their energy in order for you to be fed,” says Denzel Mitchell, co-executive director of the academy.

Established to train the next generation of socially disadvantaged or underserved beginner farmers, the program teaches urban farming fundamentals, shoulder to shoulder mentoring and integration into the Mid-Atlantic local food ecosystem. Participants learn everything from basic growing, irrigation and food safety to harvesting and small grain and flour production. “They’ll learn different types of marketing and get an opportunity to work on the land and learn specific cultivation practices for a variety of vegetables and grains,” Myeasha says. In addition, they learn about composting, soil health and beekeeping, and will be introduced to seasoned growers.

The academy is now developing its own farm in South Baltimore’s Farring-Baybrook Park. “There’s also a number of field days, which are essentially field trips for farmers, where the trainees will travel to other farms to see what successful, longstanding urban farms look like,” Myeasha adds.

Maryland has a mix of farm enterprises, which break down into one of two categories. First is commercial, for-profit farms with a small margin of urban farms that grow products to sell and create a livelihood for the farmer and employees. Many of these farmers sell at local farmers markets or within their neighborhood. Second is non-profit urban farms that have missions such as education, combating food insecurity or providing job training . Examples are The Greener Garden and the former farm site Cherry Hill Urban Community Garden of Black Yield Institute,  that the academy partnered with for its initial training.

“You know, we like to say ‘get in where you fit in,’ ” Denzel says. “You don’t necessarily have to be a farmer. But if you eat, you need to love a farmer.”

Hungry for more?  Read about another urban farm. Learn more about Maryland’s urban agriculture. And, be sure to check out your local regulations before you begin, like these in Baltimore. 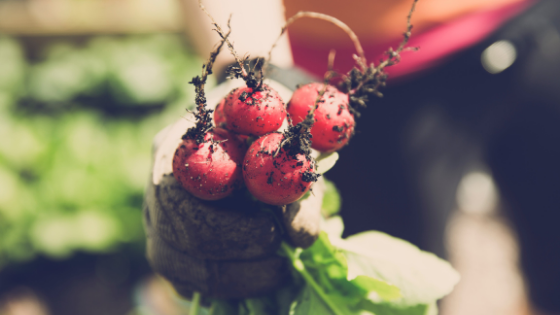