Do Farmers Ever Get to Take a Vacation? What Do They Do? 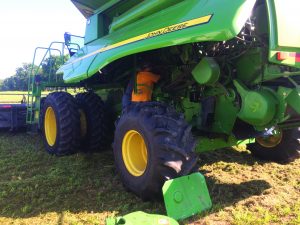 (REYKJAVIK, ICELAND) – August 7, 2017 – Watching the runway rise up beneath him, Eric Spates had that sinking feeling there would be trouble. His flight had run over an hour late. Now he was going to miss his connection, and that would cut a rare chance to visit with his sister short.

The decision to book the trip overseas, where she lives, came after he realized that things on the farm could make it without him for a few days. His new help had settled in and could handle some hay and straw deliveries, tree trimming and the second cutting of Timothy hay could wait until he returned. Wheat was harvested; corn and soybeans were up and growing. There was even a little rain in the forecast, which would relieve some drought stress on the crops and keep them healthy. So he booked his flights.

Now, the airline wanted to rebook him on the next day’s flight. With just five days to spare for this trip, Eric couldn’t see losing a whole day in Iceland. So he rerouted on another airline, requested a refund from with the first, and continued on his way.

When farmers take a vacation depends on what kind of farmer they are. Dairy farmers have to milk cows at least twice a day, every day, all year. In order for them to book a vacation, they have to have a crew to cover the chores.

“Any farmer with animals is of course going to have a burden of responsibility to make sure someone is caring for their animals while they’re gone,” Spates says. “We have a small herd of cattle. They’re on a pasture and my hired hands check their water and look them over to make sure they’re fine. They’re not too demanding, but you do need to keep an eye on them.”

Poultry farmers book vacations between flocks. Mushroom farmers? They have to harvest every day — even Christmas Day — since the crop grows quickly and can easily outgrow the ideal market size within a 24-hour period. Similarly, farmers who grow produce like cucumbers for pickles need to harvest within a very narrow window of time. Cucumbers can go from the ideal pickling size to a larger slicing-only size in a matter of hours, especially if there’s rain.

Corn and soybean farmers who have irrigation find it’s a full-time job keeping the equipment up and running, day and night.

Many Maryland farmers enjoy the local rivers and the Chesapeake Bay, taking advantage of mini-vacations when they can. Lots of farm families look forward to the Maryland State Fair at the end of August and enjoy 10 days off the farm during the livestock competitions in Timonium.

For Spates, the farm was never far from his mind. His cell was programmed to make and take calls and texts across the Atlantic, keeping him in touch. And, when he got the opportunity to visit the nearby Bel Frites potato farm, he took it.

“It was incredible to visit his farm and see the crop, the equipment, the methods of growing,” Spates recalls. “Probably the best part was sitting in his kitchen at 10 o’clock at night, when his wife made us fresh ‘frites,’ the Belgian term for French fries.”

Less than a week later, back at home, he was back on the combine. It’s unusual for a combine to be pressed into service in late July in Maryland, but this was an unusual case.

“I planted some oats as a nurse crop for a new field of orchardgrass hay,” he explains. “The oats compete with weeds and provide shade for the orchardgrass while it is getting established. In midsummer, when the orchardgrass was not as vulnerable, we harvest the oats, letting more sun reach the grass.”

Unfortunately, along with the mature oats the combine pulled in some green plants and before the field was fully harvested the massive machine clogged. Even after freeing the clog, the combine is still not operating normally.  “We need to figure out what’s going on there,” Spates says.

Will they be able to fix it before corn harvest begins in another month? Stay tuned as we follow Eric Spates and his crops at Stoney Castle Farm in Poolesville, Maryland. 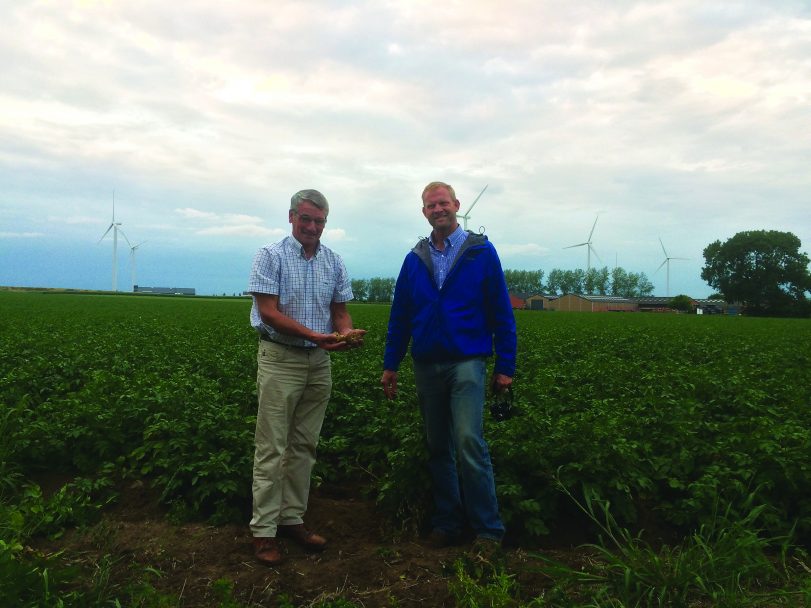