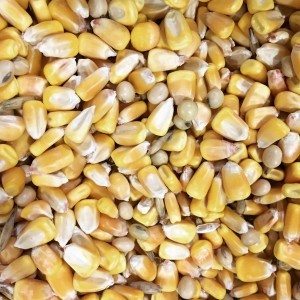 (POOLESVILLE, MARYLAND) – October 2017 – As he turned the key of his combine, the big engine turned over and started to hum. That’s when Maryland farmer Eric Spates breathed a sigh of relief.

In July, when he was harvesting oats, the combine had gotten clogged. Once cleared, another issue had cropped up — a belt needed replacing — and as time went on, one thing led to another.

“Sometimes the most simple repairs turn out to not be so simple after all,” Spates says. “I think that’s true of life in general, but certainly true in farming.”

With the help of his crew, Josh, Dave and Nick, the combine was not only repaired but reset with the corn head and proper settings to begin corn harvest in early September.

Combines are huge machines that are used to harvest crops. They can be configured in different ways to harvest grassy, thin-stemmed crops like oats, barley and wheat, bushy plants like soybeans, and tall, thick stalks of field corn. Weighing more than 25,000 pounds and starting at $350,000, they are a vital part of farming today.

With one machine, the crop is picked, cleaned and lifted into a hopper to be transferred for storage.

The whole process occurs at the blistering speed of about 3 to 4 mph. In the field, Spates will steer the cones on the corn head through the rows of corn. As the combine works through the row, the corn stalks are pulled down through the head. Deck plates pop the ear off the stalk, and a series of augers and chain conveyors feed the ears into the cylinder, where the kernels are “threshed” from the cob. A series of screens and fans separate the kernels from the cobs.

Choppers reduce the cobs, stalks, leaves and other debris to a mulch-like consistency and blowers return that mulch to the surface of the field where it protects and enriches the soil.

The combine operator must constantly evaluate how the machine is handling the speed at which corn is being fed through it, which is affected by the moisture of the corn kernels and stalk, the condition of the field, and other factors including the presence of green weeds in the field.

“The average top speed for a combine — running down the road, not harvesting — is less than 20 mph,” Spates says. “A machine that large and heavy is not what you’d call ‘nimble’ even under the best circumstances. We know when we’re on the road that we take up a lot of room. We know we’re slow. We’re also being mindful of your car, bicyclists, mailboxes, ditches and overhead wires.

“Just like you, we’re trying to get from Point A to Point B as safely and quickly as possible. If you happen to come up behind a combine or other farm equipment, please be patient and let us find a safe place to pull over to let you go by. Keep an eye on the operator and the signals.”

Getting the combine back in gear in time for harvest was critical. Together with soybeans, hay, wheat and other small grains, corn is a key part of the Stoney Castle Farm’s crop rotation and income, and timely harvest is important to the crop’s quality. With about 325 acres of corn to harvest, and the soybean harvest starting right after that, Spates had one eye on round after round of hurricanes and tropical storms firing up in the Atlantic and the Gulf in September.

“We’ve had a good growing season and I’d hate to see us lose any yield because a storm knocks the crop down,” he says. “The combine does a great job of harvesting the crop but not if it’s laying on the ground.”

UP NEXT: As harvest continues, Eric Spates and his crew are already making plans for next year, but an important phone call interrupts their work. 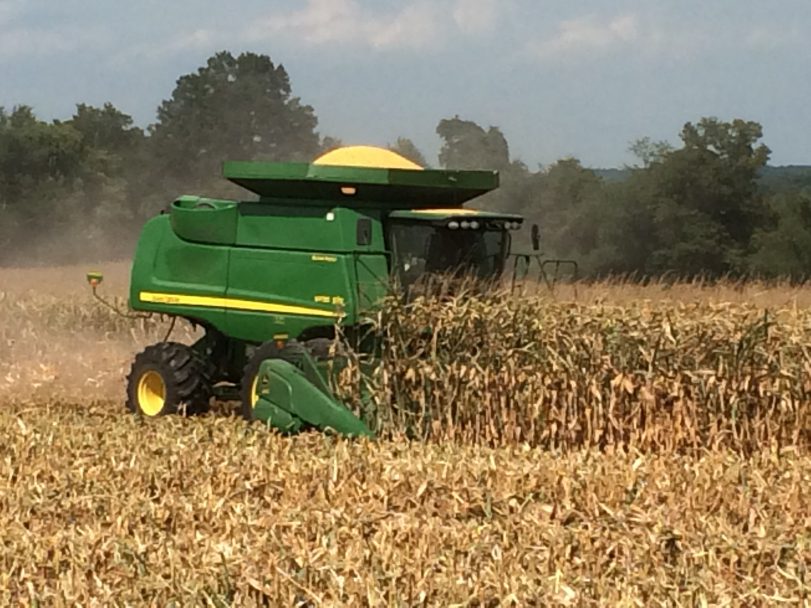