When David Dale first saw the 29.5 acre equine farm in Conowingo, Maryland in 2005, the grass was at least three feet tall, there was manure everywhere, and the house was in rough shape. He was home on leave from active duty in Iraq, where he was a senior instructor pilot flying Blackhawk helicopters as part of a combat unit of the Delaware National Guard deployed in support of Operation Iraqi Freedom III.

Even though the farm wasn’t much to look at, David says he and his wife Pat stood back, saw the farm’s potential, and knew this was the place they belonged.

“I learned in Iraq that life is short,” David says. “If you have an opportunity, you should grab it. This was our chance to live the dream.” And that’s exactly what the Dales did with the help of Farm Credit. David returned to duty in Iraq and Pat started the process of getting the loan that would help them purchase their new home and business.

“I didn’t have a lot of experience getting financing for a business, so it could have been overwhelming,” Pat remembers. “I drove to Farm Credit with a crate full of financial documents and they made the process easy. We wouldn’t have been able to purchase this farm and turn it into a successful business without Farm Credit.”

With a tremendous amount of hard work, Pat and David turned the farm, Three Plain Bays, into a successful operation that gives racing horses a new life. The farm buys thoroughbreds whose racing career is over, retrains them for eventing (or, in a few cases, fox hunting), and sells them to new owners. Pat also buys colts and trains them for eventing.

Pat, whose more than 30 year long career includes working as a manager at several top Maryland equine farms, now has 13 horses on the farm, which includes 14 acres under pasture, a 100’ by 70’ ring, a 95’ by 50’ loose school, and barn.

While David loves life on the farm, he feels just as strongly about serving his country. His 37year long career in the Delaware National Guard was inspired by his older brothers, who were guardsmen themselves. They used to take David to the airfield as a child, where he fell in love with aviation.

But his path to military service wasn’t a direct one. David earned a degree in agricultural economics, then worked for the USDA and Southern States, but that career path didn’t feel quite right. He then took a job with DuPont, working as a computer specialist, in his mid-20s and joined the Delaware National Guard part-time. He continued to serve part-time with the guard for several decades, becoming a senior instructor helicopter pilot.

“After 9/11, I felt the need step up and do more,” David says. In 2002, he became a full-time senior instructor pilot and was deployed to Iraq for 18 months at the age of 50, where he flew numerous missions and instructed junior pilots. Four years later, he deployed to Afghanistan in the same role as part of Operation Enduring Freedom. “It was very challenging, being 55 and flying over the mountains of Afghanistan. Some of the younger pilots talked about the adventure, but when I looked at them, I saw their wives and young children waiting for them to come home and I hoped I’d influenced them to do their best and do it as safely as possible,” he adds.

While he was serving in Afghanistan, David’s loan officer, Jason Reep, reached out to him to share that rates had dropped and he could lower the interest rate on the Dales’ loan. “The process was extra fast and easy,” notes David. “And we saved $100,000 over the course of 10 years. I don’t know of any other financial institution that will bring that opportunity to you.”

When he retired in 2017, David had achieved the rank of Command Chief Warrant Officer of the Delaware Army National Guard and was a senior mentor for the corps of soldiers coming up the ranks. “It was a great opportunity to bring on the next generation and it’s something I truly miss,” he says.

Now that they’re in their 60s and David has retired, the Dales are planning to downsize their farm operation, focusing on breeding and competing, so they have more time to travel and relax. Says David, “We love the solitude, the animals, and the lifestyle. We’re not done yet!” 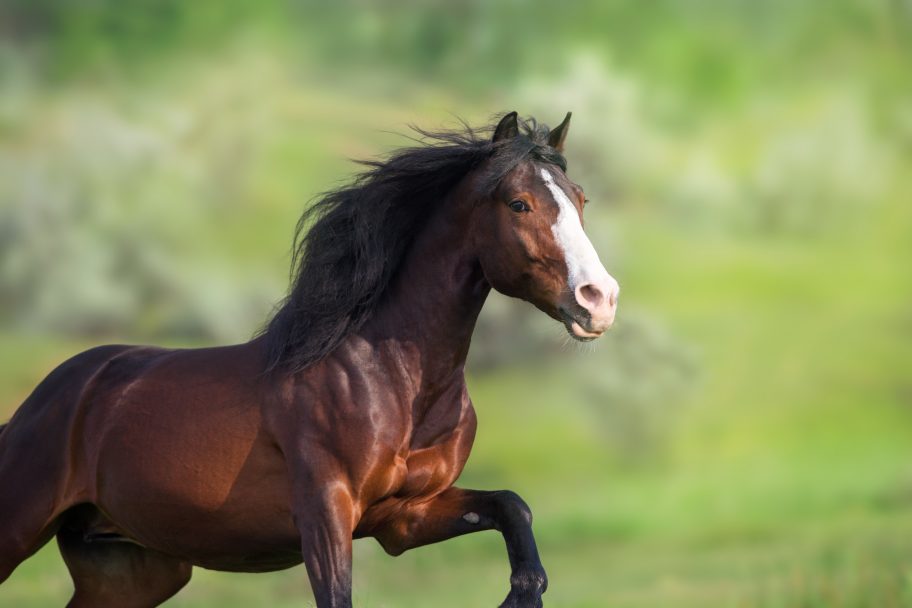