The Surprising Link Between GMOs and the Chesapeake Bay 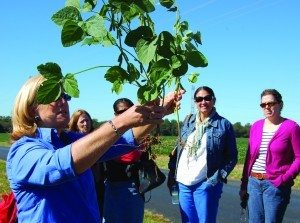 (QUEENSTOWN, MARYLAND) – The spark that helped ignite a nationwide revolution in modern farming practices was discovered growing near a pear tree in Queenstown, Md.

That’s where the first glyphosate tolerant soybean emerged from a small plot of plants, all of which had been developed using biotechnology to alter their DNA. In this case, the soybean plant contained a piece of genetic code from a bacteria and another piece of code borrowed from a petunia.

Thanks to that development, more farmers were able to fully embrace no-till farming, reducing tillage and the corresponding exposure of Maryland soils to wind and water erosion. That’s been good for the land and good for the Chesapeake Bay. It’s a practice that is central to the “Brown Revolution” in agriculture today.

That soybean was among the first GMO plants to hit the U.S. market. GMOs, or genetically modified organisms, are produced when the DNA from one organism is transferred into another, or when a plant breeder merely turns off a gene.

“We grow GMO and non-GMO soybeans on our farm,” says Jennie Schmidt of Schmidt Farms in Sudlersville, Md. “GMO crops like Roundup Ready™ soybeans allow us to get a field ready for planting without plowing the soil, which disturbs a complex ecosystem that exists in the soil. It also helps us avoid erosion that can occur when soil is exposed due to tillage. Overall, GMO crops have provided huge benefits to the Chesapeake Bay in terms of sediment pollution reduction.”

New generations of GMO beans promise new benefits. A soybean variety which produces a healthier and more heat-stable soybean oil is now being grown in Maryland. The Delmarva Peninsula was one of just three places in the United States where the beans debuted in six years ago.

This new bean was created by simply “silencing” or turning off a gene in the plant’s DNA.

Foods developed through modern biotechnology have been on grocery store shelves for more than 20 years. Schmidt says she skips the organic aisle and feeds her family products raised in conventional agricultural systems like her family’s farm. “I grow this crop, so I know I can trust it. There’s this misconception on the internet that just because a crop is tolerant of glyphosate or other herbicides, farmers ‘douse’ the crop with it. We do not. Spraying is expensive. When you add up the cost of chemicals, fuel and labor, and consider the effect of soil compaction and crop damage, you see that it’s not something you would entertain lightly. I encourage consumers to think critically when they hear blanket statements and wild claims like that.” 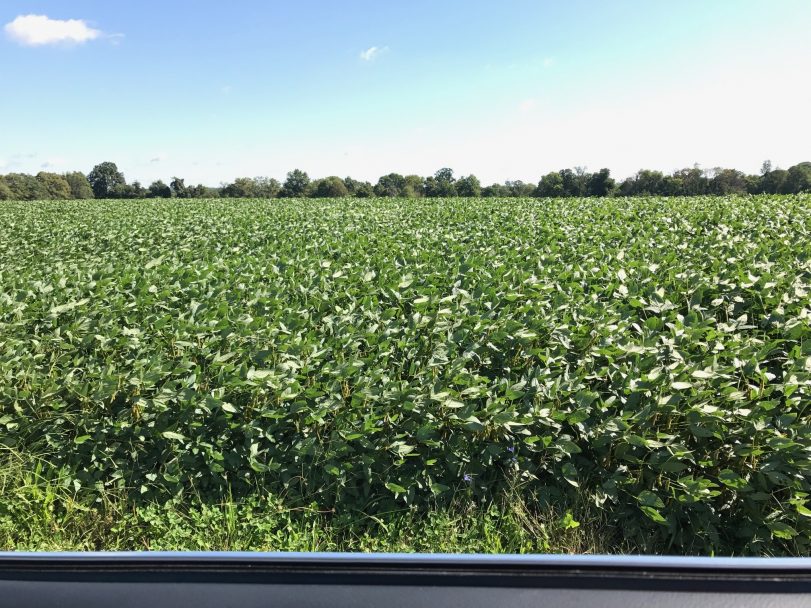