(CENTREVILLE, MARYLAND) He said: “I’m going to buy this farm.” She said: “Are you out of your mind?” This family changed careers to raise chickens. They’re thrilled they did.

Tim and Kim Austin, who raise chickens for Mountaire Farms, joined the ranks of the 2 percent of Americans who are farmers 12 years ago when they bought a farm that Tim had his eye on. They were making a living in other professions, but the lure of working with livestock pulled them into the chicken community.

“We do not have any farming background,” Kim said cheerfully, recounting their decision to pivot to a living raising chickens. “Tim drove by this farm for years. He came home one day and said, ‘Kim, I’m going to buy this farm.’ And I said, ‘are you out of your mind?’ ”

To learn the business, Tim, a former truck driver, apprenticed with the farmer they would buy the farm from, coming from long-haul shifts to work in the chicken houses.

“We went to settlement on a Friday. That following Monday, the first chicks were coming in,” Kim said.

Tim says he appreciates the pace of life on the farm, as a contrast to the 25 years he spent behind the wheel on trucking routes. “I’m more or less my own boss now. Every day is different with the birds; you almost feel like a Dr. Doolittle,” he says. “The birds will tell you what to do.”

Kim operated a home day care before becoming a farmer. She continues to care for children in a sunny day room across the field from their farm while she and her husband raise flocks of 98,800 birds in four chicken houses.

In the modern-day chicken community, farmers contract with chicken companies to raise birds the companies own from start to finish. The Austins’ company, Mountaire Farms, supplies chicks, feed and advice in the form of visits from a flock advisor, who checks records, inspects the chicken houses and confers with the Austins on how best to care for their animals.

Both Tim and Kim say they work hard to make the farm successful, and they are proud of the dense vegetative buffers – tall, protective evergreens – that encircle it. “They’re windbreaks for the chicken houses, and they keep the dust in,” she said.

Each morning, seven days a week, Tim does an exterior check of each house. He then heads inside for the first of several daily walkthroughs in each house. This includes a final visit to the chickens just before he heads to bed. If his birds are among the healthiest and heaviest chickens processed the week Mountaire comes to collect his flock, he’ll earn more money than the base pay his contract calls for.

“It’s like running a race. Everybody wants to be first, and you’ve got to do your best every time,” Tim said. “I’ve been in first place many a time, and when the paper comes, or Mountaire tells you how well you did, it really makes you feel good. You get more out of it.”

The Austins faced a serious setback in 2010, when heavy snows collapsed one of their chicken house roofs, but they rebuilt and carried on, buoyed by the backing of their insurance company and MidAtlantic Farm Credit, the lender whose loan they used to buy the farm.

“I want people to know the care each farmer takes in a flock,” Kim said. “This is not a factory farm. Knowing where my food’s coming from is really important. We’re providing a safe product for the community.” 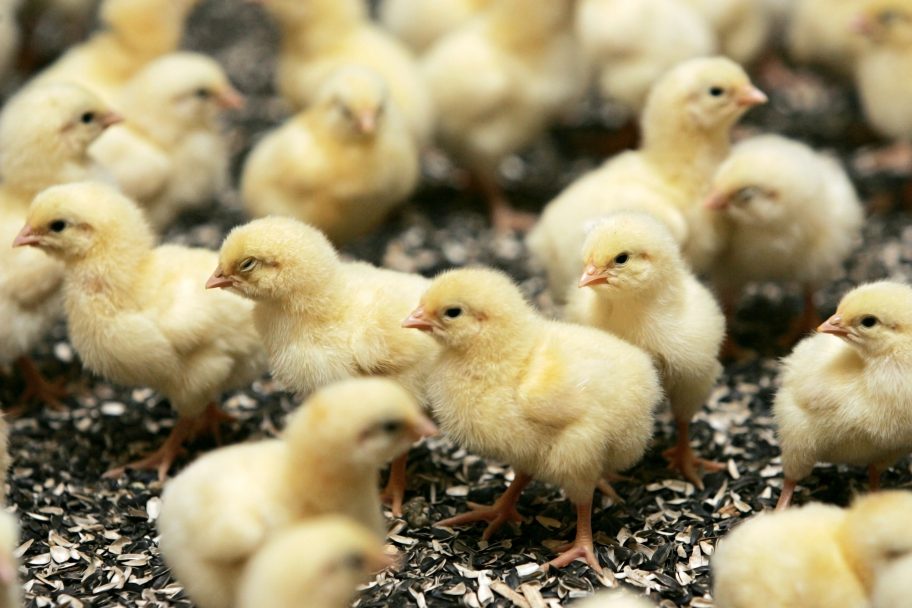